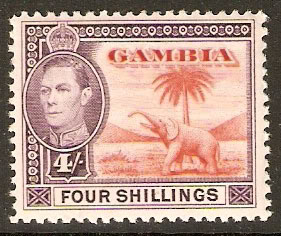 I began collecting during the 1980s, many years ago when I was young. My father and my Nan were the people responsible for introducing me to this interesting and addictive world of little pieces of paper.

I started out with modern Great Britain, and always liked to get the new First Day Covers that my mother would buy for me from time to time, or the new set of stamps fresh out of the Post Office. I still have all of these and will probably never let them go.

I had a long gap where I completely forgot all about stamps, but slowly I began to take a new interest around the turn of the millennium.

These days I concentrate mostly on early GB and Empire & Commonwealth. I particularly like the KGVI issues, but also earlier if I like the stamp. I also like a bit of Postal History and collect early GB on cover too.

I don’t spend a huge amount of money, because I don’t have a huge amount of money. But with the advent and somewhat the revolution in collecting that has been caused by online auction sites; I find you can often get a lot for a little. You just need to hunt around, and if a collector likes to do anything – then it is hunting around.

So that’s a little about me. If you found this blog then I hope you will find some of my ramblings interesting. I am far away from being an expert, but it’s fun to communicate things.

Thanks for popping in!

This website uses cookies to improve your experience. We'll assume you're ok with this, but you can opt-out if you wish.
By clicking “Accept All”, you consent to our website's use of cookies to give you the most relevant experience by remembering your preferences and repeat visits. However, you may visit “Cookie Settings” to provide controlled consent.
Cookie Settings Reject All Accept All Read More
Click here to bring up the Cookie handler popup again.

This website uses cookies to improve your experience while you navigate through the website. Out of these cookies, the cookies that are categorized as necessary are stored on your browser as they are essential for the working of basic functionalities of the website. We also use third-party cookies that help us analyze and understand how you use this website. These cookies will be stored in your browser only with your consent. You also have the option to opt-out of these cookies. But opting out of some of these cookies may have an effect on your browsing experience.
Necessary Always Enabled
Necessary cookies are absolutely essential for the website to function properly. This category only includes cookies that ensures basic functionalities and security features of the website. These cookies do not store any personal information.
Functional
Functional cookies help to perform certain functionalities like sharing the content of the website on social media platforms, collect feedbacks, and other third-party features.
Performance
Performance cookies are used to understand and analyze the key performance indexes of the website which helps in delivering a better user experience for the visitors.
Analytics
Analytical cookies are used to understand how visitors interact with the website. These cookies help provide information on metrics the number of visitors, bounce rate, traffic source, etc.
Advertisement
Advertisement cookies are used to provide visitors with relevant ads and marketing campaigns. These cookies track visitors across websites and collect information to provide customized ads.
Others
Other uncategorized cookies are those that are being analyzed and have not been classified into a category as yet.
SAVE & ACCEPT
Powered by