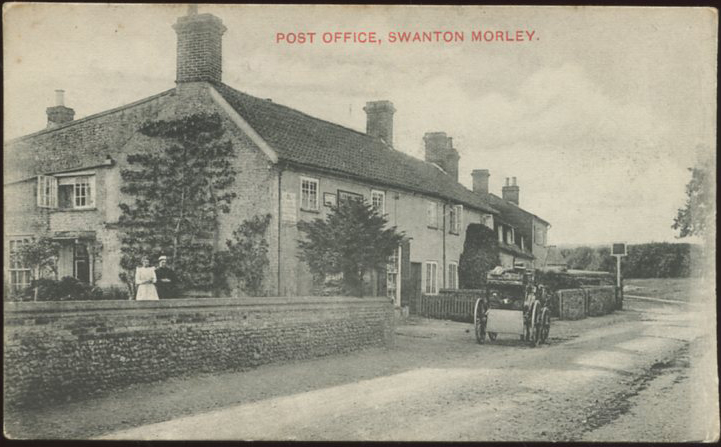 Swanton Morley is a village situated in the heart of Norfolk. It is a village steeped in history documented back to the Domesday Book. Today the village exists as a tranquil village community of about 2,500 people. ~Wikipedia 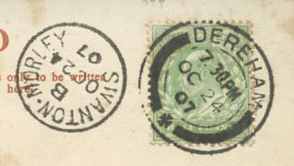 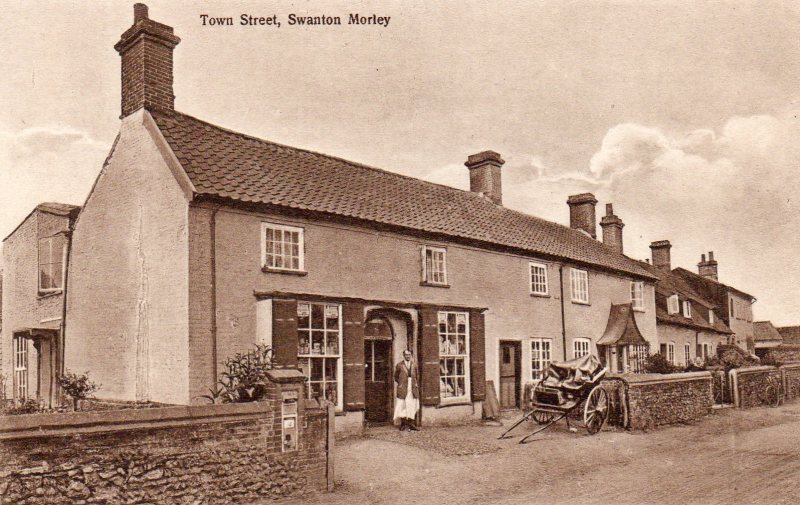 There is a second post office which may have come later. I cannot locate the second building in the present day Google Maps. Maybe someone recognises it ?

Here is the post card and the stamp on the reverse… 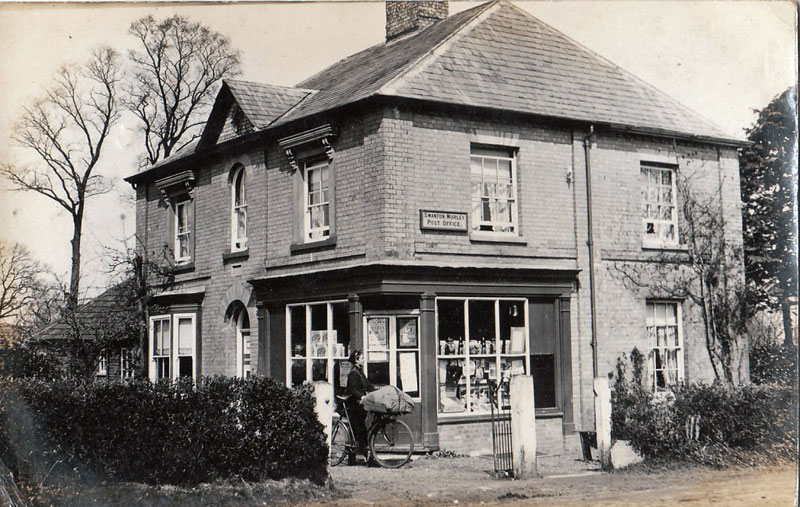 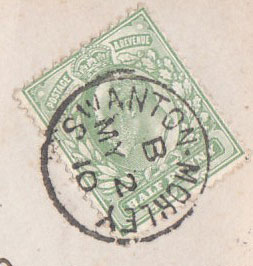 In the 1911 Census the Post Office Two (the square building) is situated on Greengate and the Sub Postmaster was Ellis George Childerhouse.

Swanton Morley is quite a long town and stretches along the main road which is Greengate (and then on into Town Street via Gooseberry Hill) so maybe it makes sense that there was a Post Office at each end. Or perhaps we’re at the point where one replaced the other. I feel this second one may have been lost to development as I have driven through Swanton Morley many times and I do not recognise it.

Here is the Kelly’s Directory of Norfolk, 1912 entry for the Post Office Two…