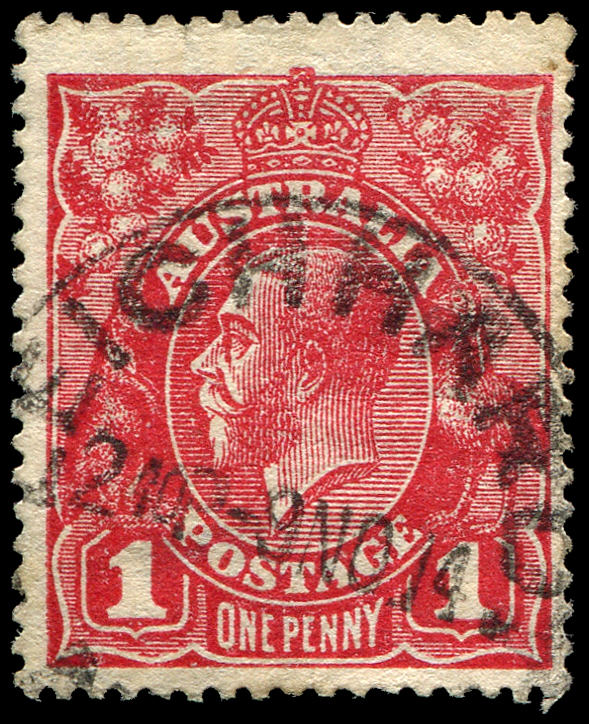 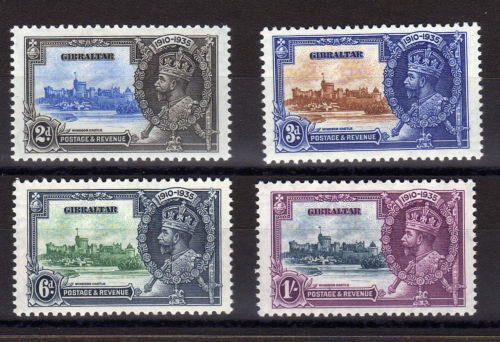 The Australian penny red KGV Head was first issued in 1914 and quickly became one of the most studied stamps on the planet. After 99 years collectors thought the issue had no more secrets – that myth was destroyed only a few short months ago.

In early 2013 a Gentleman in Scotland discovered an Australian 1d Red KGV stamp (cancelled 99 years ago in suburban Sydney) which now plays a significant part in philatelic history.

The Australian 1d red stamp with the King George 5th portrait is the most popular Australian stamp collected in Australia and overseas. What aspect of this stamp placed it on ‘page 1’ in the world philatelic press; it was not its condition which is clear to any potential buyer, but rather the suggestion that the stamp has a “sideways watermark”. If correct this was a new discovery and a unique item of Australia’s most popular stamp.

Thankfully the stamp was given to Mr. Ian Perry a leading Stamp Dealer in England who specializes in ‘Australian Stamps’; to bring to the “Melbourne International” in May 2013 for examination by Drury and other leading philatelic experts.

Drury arranged with Mr. Neil Holland of ‘Scientific Document Researches P/L’ to use Mr. Holland’s scientific equipment. Drury and Holland have been friends for more than 20 years via their association in the Police in Australia, and both have a common interest in the prevention of fraud within the stamp collecting market in Australia.

Mr Holland is a professional of the highest ethical standing in the opinion of Drury but unfortunately not experienced in “1d red shade group identification” which was required for correct stamp classification upon the certificate. This is the only reason as to why Mr Holland was not invited to also sign the certificate. The 5 ‘signatories’ upon the certificate are all thankful to Mr. Holland for the free use of his equipment which played an invaluable part in their respective examinations. 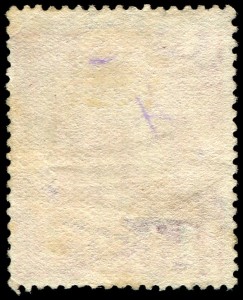 After considered examination all agreed that the stamp was genuine; a ‘sideways watermark’ and a unique new discovery of Australia’s most popular collected stamp worldwide.

It was with eager excitement that the above group examined the 1d red KGV suggested ‘sideways watermark’ with the free professional support of Mr Neil Holland and his scientific equipment. In being part of ‘philatelic history in the making’ they each signed the Certificate, given free to Mr Ian Perry who in turn agreed to donate 50 pounds to his favourite Charity in the UK.

This is the 21st Century and as such a ready accessed image of the face and rear of the stamp into the next millennium will always be available to all (several computer sites and books) along with many detailed comments with respect to condition etc. Any future attempt to fraudulently improve the stamp will be detected by the well-knowledged international philatelic trade and collecting fraternity.

To the lucky (International Level) Philatelist who successfully buys the stamp from the upcoming Phoenix Auction in Melbourne on the 26.10.2013, please protect this unique treasure with pride; as to the accompanying ‘free certificate of expertisation’, that can be destroyed if considered worthless.

My thanks go to Dr Scott Starling who gave me kind permission to reproduce his article here.

For further reading there is a topic at The Stamp Forum. There is also an article in the Australian Stamps Professional magazine. I will try and find the issue number today.