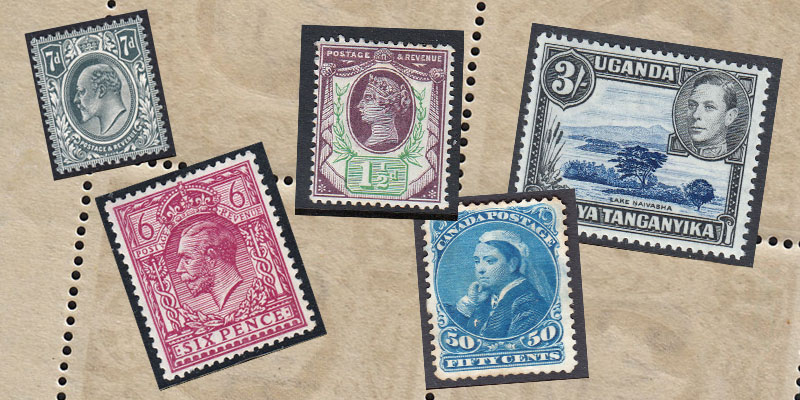 • This is the first time Royal Mail has dedicated an entire stamp issue to an individual music artist or cultural figure.

• Fans can pre-order the stamps from today by visiting www.royalmail.com/davidbowie 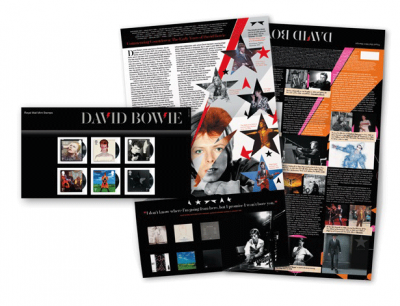 Royal Mail  revealed it will issue a set of 10 Special Stamps to honour David Bowie – one of the most influential music and cultural figures of all time.

This is the first time Royal Mail has dedicated an entire stamp issue to an individual music artist or cultural figure.

The stamps are issued in the year of what would have been his 70th birthday, and 50 years since his first album release.

Endlessly innovative and pioneering, he is widely regarded as having elevated his music to an art form.

Six of the stamps showcase Bowie’s changing musical styles and personas across the decades and feature images of some of his most admired and defining album covers: Hunky Dory; Aladdin Sane; “Heroes”; Let’s Dance; Earthling and ★. The arc of the vinyl album protrudes from the right hand side of each stamp.

The stamps and a range of limited edition souvenirs are available to pre-order from today at www.royalmail.com/davidbowie and will be on sale from 14 March 2017.

Bowie’s 1972 album cover for The Rise and Fall of Ziggy Stardust and the Spiders From Mars was featured in the Classic Album Covers stamp set issued in January 2010.

The only other music artists to have been honoured with a dedicated stamp issue are groups; The Beatles (2010) and Pink Floyd (2015).

A year-long poll undertaken by New Musical Express magazine in 2000 canvassed opinion from musicians worldwide as to the most influential artist. The result of this poll placed Bowie at Number One. 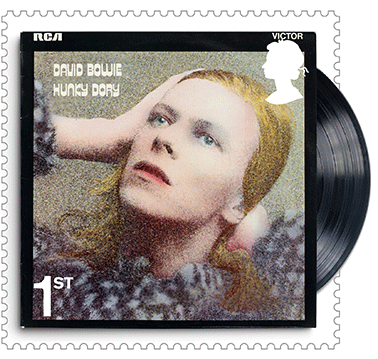 Hunky Dory, Bowie’s fourth album and released in December 1971. Time magazine chose it as part of their “100 best albums of all time” list in January 2010. 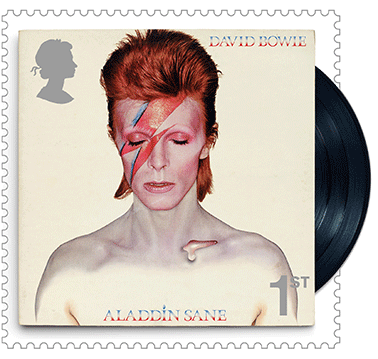 Aladdin Sane, his sixth album and released in April 1973. The album features the iconic photograph by Brian Duffy. 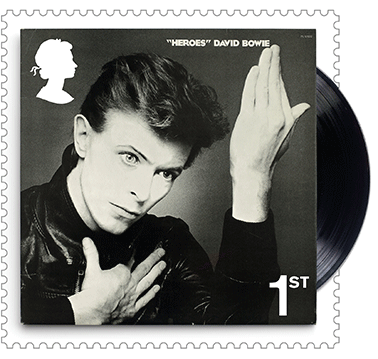 “Heroes”, his twelfth studio album and released in October 1977. This was the second instalment of his “Berlin Trilogy” recorded with Brian Eno and Tony Visconti. The title track remains one of Bowie’s best known and acclaimed songs. 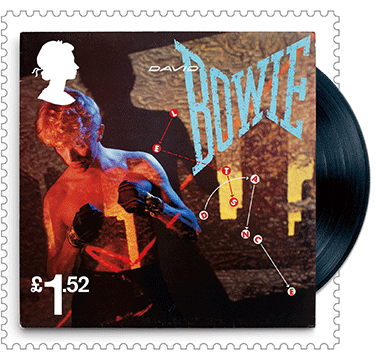 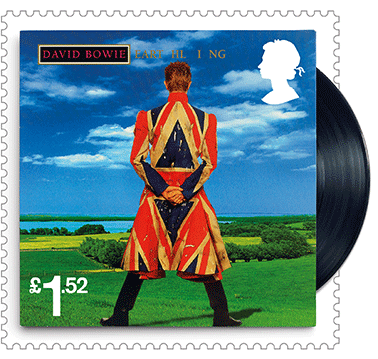 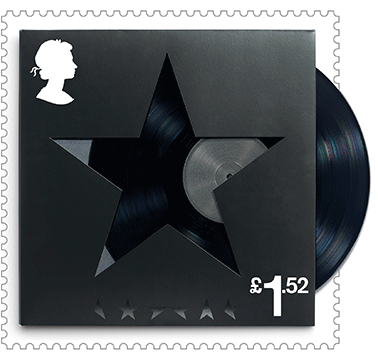 ★, Bowie’s 28th and final studio album, released on his 69th birthday – 8 January 2016 – and charting at No.1 in more than 20 countries. Bowie died two days after the release of ★, the album reaffirming his legacy as modern music’s most unrelenting innovator and topping critics’ ‘Best of 2016’ lists. 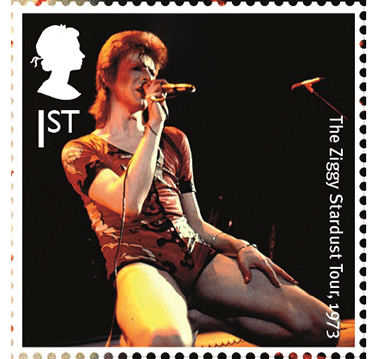 The Ziggy Stardust Tour, 1973. The tour promoted Aladdin Sane and took in the UK, North America, and Japan. 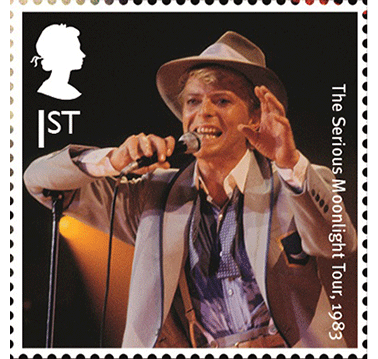 The Serious Moonlight Tour, 1983. The tour was designed to support the Let’s Dance album and up to that point was Bowie’s longest and most successful concert tour. 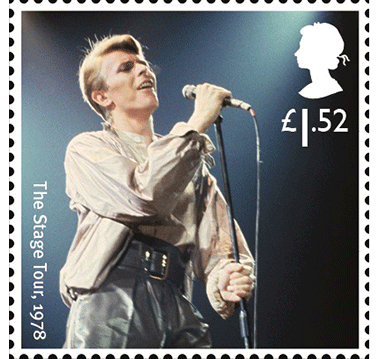 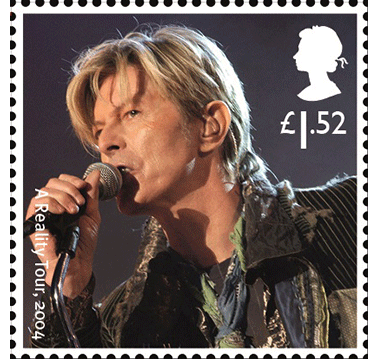 A Reality Tour, 2003/2004. Staged to promote the Reality album, this tour became Bowie’s longest tour and it would also be his last.

Philip Parker, Royal Mail stamp Strategy manager, said: “For five decades David Bowie was at the forefront of contemporary culture, and has influenced successive generations of musicians, artists, designers and writers. Royal Mail’s stamp issue celebrates this unique figure and some of his many celebrated personas.”

The stamps are available from 14 March 2017, at 7,000 Post Office branches across the UK and www.royalmail.com/davidbowie