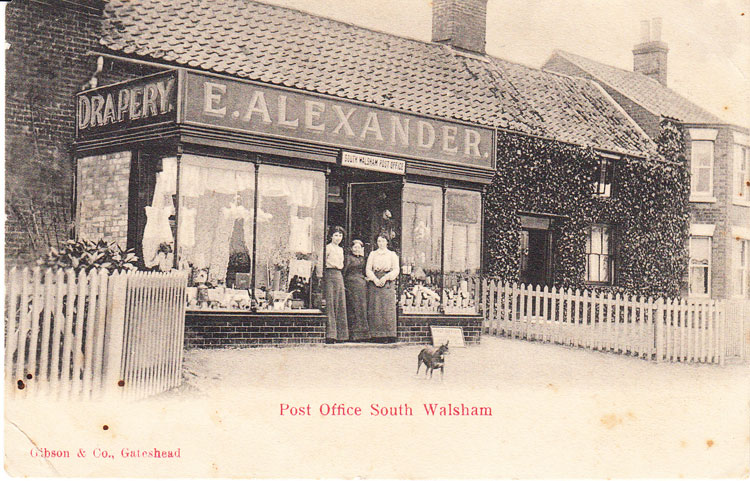 South Walsham is a village and civil parish in the English county of Norfolk. It is adjacent to South Walsham Broad. ~WIkipedia

Still being used as a Post Office in the current day. Over a hundred years prior in 1900; Kelly’s Directory of Norfolk lists the Postmaster as Edward Alexander. In the Census of 1901 he is described as ‘Postmaster, General Stores’. His wife was at that time was Ann Maria and they had two daughters – Jessamond (24) and Gracie (14) – and a son James (22).

The card’s postmark is dated 1906, so in all likelihood the people in the photo are Ann Alexander and her daughters. 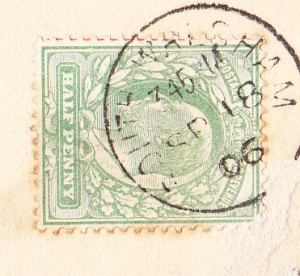 In 1911 Edward and Ann are still there, both being 65, listed as Grocers and Drapers. Ann is his assistant and also his daughter Jessamond Alexander still remains, but Gracie is not there for the Census and it appears their son James has moved on. 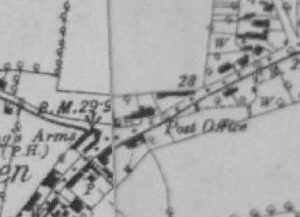