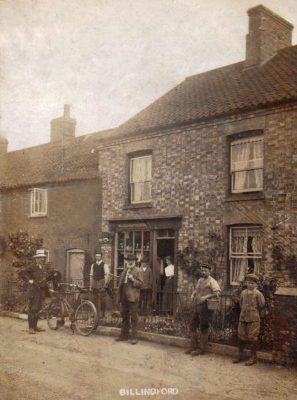 Billingford is a village and civil parish in the Breckland district of Norfolk, England, about 3 1⁄2 miles (5.6 km) north of East Dereham. The village is just north of the River Wensum, which forms the southern boundary of the parish. The village is on the B1145 road,[1] which links King’s Lynn and Mundesley. ~Wikipedia

Click the postcard if you want to see an enlarged image. As can be seen, the brick face of the building is now covered. Also the adjoining building to the left is somewhat shorter. The shop window and entrance have been converted into a single bay window. If we consult the Ordnance Survey First Edition it confirms that the post office was located at this position: 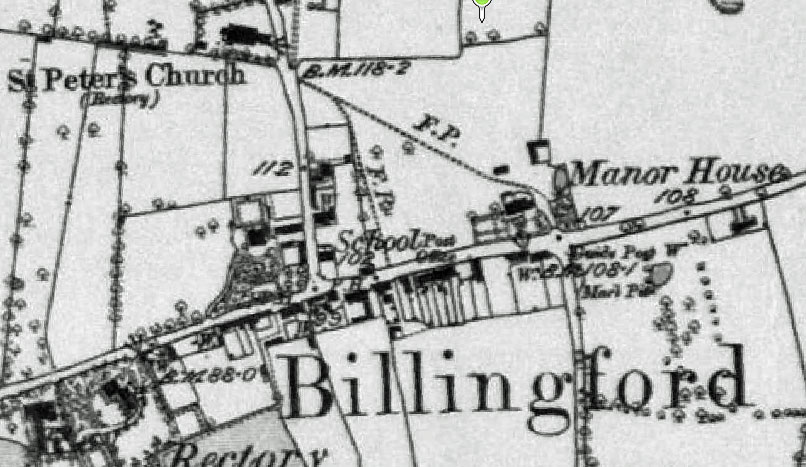 Elijah Buxton was the postmaster in 1900 according to Kelly’s Directory. He and his wife Jane appear in the 1901 Census and it says he is occupied as a grocer shopkeeper living on the street. Elijah is aged 39 and perhaps that is him in the waistcoat. Jane was 32 at that time and could likely be the woman in the doorway.