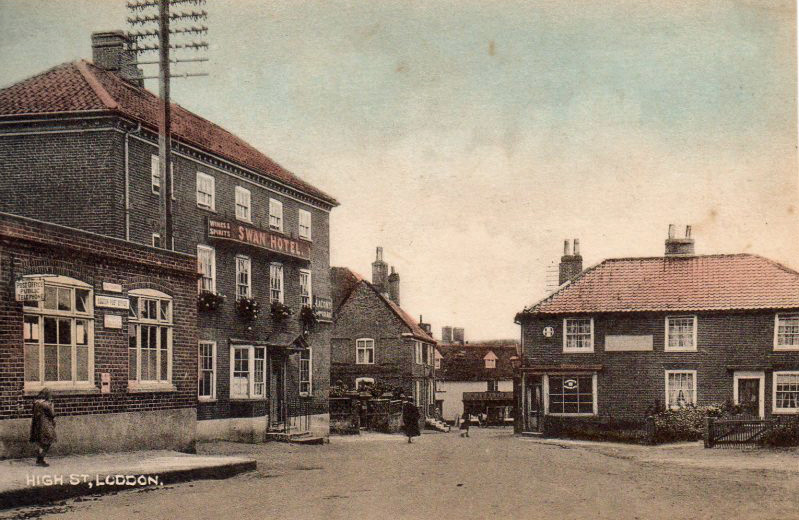 Loddon is a small market town about 12 miles (19 km) southeast of Norwich on the River Chet, a tributary of the River Yare within The Broads in Norfolk, England. The name “Loddon” is thought to mean muddy river in Celtic in reference to the Chet. ~Wikipedia

As can be seen, this building has gone now – it was the small building on the left. In 1900 the Postmaster was Thomas William Ellis. It appears he died in 1900 too according to the Death Index. If we go back ten years to 1891 he appears in the Census described thus; ‘Chemist, Drugist, Subpostmaster’. His wife was named Georgina.  They both appear in 1881 too.