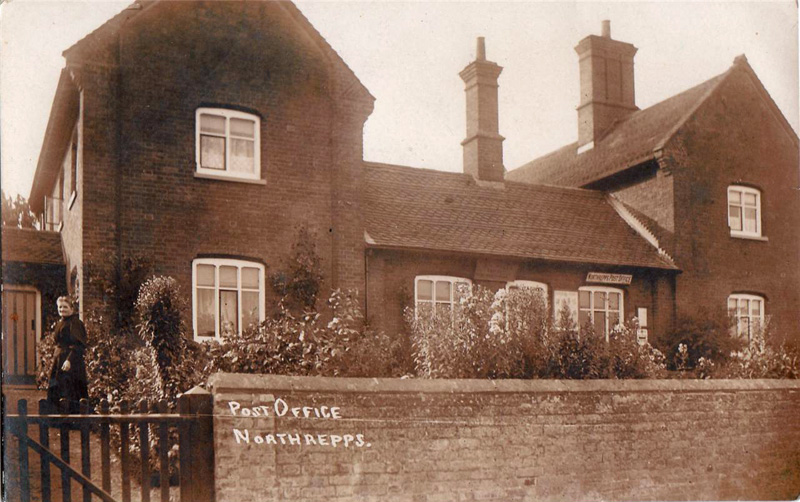 Northrepps is a village and a civil parish in the English county of Norfolk. It is 3.4 miles (5.5 km) southeast of Cromer, 22.2 miles (35.7 km) north of Norwich and 137 miles (220 km) north of London. The name Northrepps is derived from the Old English word repel, meaning strips of land in a fen that can be tilled. ~Wikipedia

This is the closest I can get with Google Maps, but it appears to be the right building going by the shape and also the chimneys. This is also the location marked on the first edition OS map… 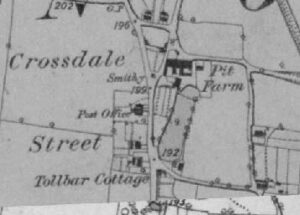 Kelly’s Directory of Norfolk tells us that the Postmaster in 1900 was Henry Wells. The 1901 Census shows him as Post Office and Grocer.  His wife at that time was Rachel Appleton. By the 1911 census Rachel was a widow at Cross Dale St, Northrepps. She identifies herself as the Sub Post Mistress G P O. Her son Henry is also listed as the Postman.

There was a further postcard with this lot I found on an auction site and it is noted on the back that this is Mrs Wells. The same lady appears in the photo of the Post Office above and would presumably be Rachel. 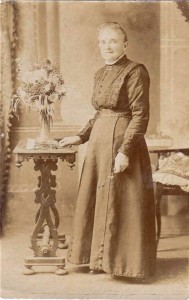