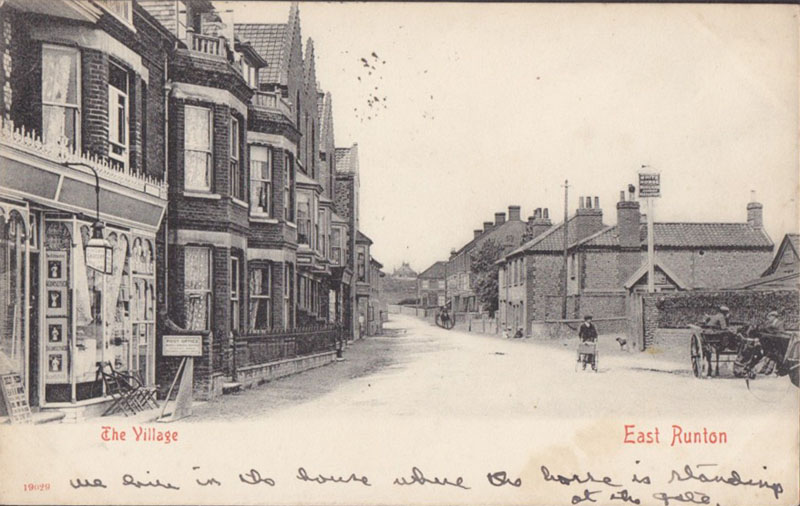 East Runton is a small village in Norfolk, England situated close to the North Sea. It was once a traditional fishing village outside Cromer but is now a popular holiday destination for camping and caravan holidays. The village is within the parish of Runton that also includes West Runton. ~WIkipedia

In the postcard view the Post Office is the building on the left – the small rectangular sign denotes it as such. We can see that now it is still being used as a shop and that the White Horse Pub still remains further up the road on the right.

William Puxley was the Postmaster in 1900 according to Kelly’s directory of Norfolk, the place being simply listed as ‘Runton’ rather than ‘East Runton’. The 1901 and 1911 Censuses show him with his wife Isabel, he being the Grocer and Draper.