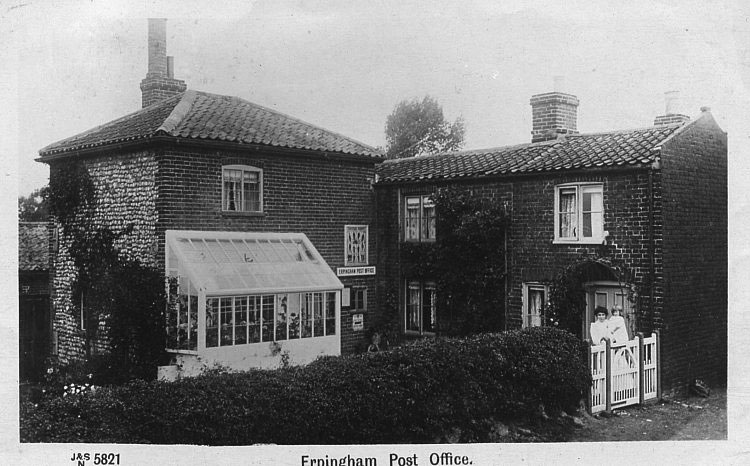 Erpingham village and parish is situated in Norfolk, 4 miles (6.4 km) to the north of Aylsham, and gives its name to the adjoining Hundred, which was held by the family of Sir Thomas Erpingham for many generations. ~Wikipedia

Try as I might I cannot find this building, perhaps it has been demolished.  It was not marked on an old map of the area either, so if anyone can shed any light please get in touch.

According to the Kelly’s 1900 Directory of Norfolk the postmaster in Erpingham at that time was one Benjamin Bastard . I was hoping I could find his address from census records.

In 1891 a Benjamin BARSTEAD was living in The Street, Erpingham, and he was occupied as a carpenter. In 1901 he is also listed as a carpenter and is found again in 1911 at the age of 53 (here I have not yet found his occupation).

I may follow this up some more.  Note that his surname may appear as Bastard and Barstead.

Perhaps the post master’s position was part time ?  Was his home opened up as a post office ?